I am a software engineer in the edge TPU group at Google. I completed my Ph.D. at Cornell University where I developed domain-specific language, T2S-Tensor, to productively generate high-performance accelerators for dense tensor computations and a domain-specific hardware, Tensaurus, to accelerate mixed sparse-dense tensor computations. I was advised by Prof. David Albonesi and Prof. Zhiru Zhang. Before coming to Cornell, I obtained my Bachelor of Technology degree in Electrical Engineering from Indian Institute of Technology, Kanpur, where I was awarded with the President’s Gold Medal. You can find my CV here.

I am interested in re-thinking algorithm, language and hardware design to accelerate sparse and dense tensor algebra.

Tensor factorizations are powerful tools in many machine learning and data analytics applications. Tensors are often sparse, which makes sparse tensor factorizations memory bound. In this talk, I present a hardware accelerator, Tensaurus, that can accelerate both dense and sparse tensor factorizations. We co-design the hardware and a sparse storage format, which allows accessing the sparse data in vectorized and streaming fashion and maximizes the utilization of the memory bandwidth. We also extract a common computation pattern that is found in numerous matrix and tensor operations and implement it in the hardware.

We present a language and compilation framework for productively generating high-performance systolic arrays for dense tensor kernels on spatial architectures, including FPGAs and CGRAs. It decouples a functional specification from a spatial mapping, allowing programmers to quickly explore various spatial optimizations for the same function. The actual implementation of these optimizations is left to a compiler. Thus, productivity and performance are achieved at the same time.

A Tutorial on the Gem5 Minor CPU Model 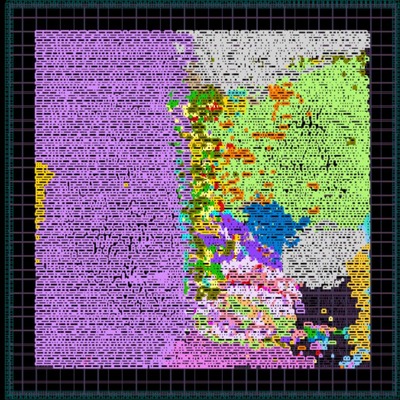 I have been TA for following courses at Cornell University: